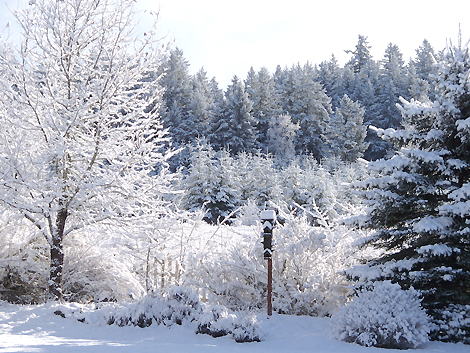 Farewell February -- hello March!  March has a reputation for being a month of mixed weather as it transitions from one season to another.  Wind, rain, snow.  That, "IN like a Lion, OUT like a Lamb" theme often rings true.  We had a winter snow storm last week that felt like real winter had finally arrived--with temperatures dipping into the teens--but then it left just as quickly.  I'm noticing signs of spring as I look out my studio window today.  Flocks of red robins are swooping in and covering the lawn, hopping and hunting worms in the rain.  The Canadian Geese have also returned to their wetlands resting spot, but seem to be circling--maybe undecided about whether or not to forage north just yet.  Perhaps a sign that winter isn't quite over up there.  Or anywhere else, for that matter.  There is just no predicting the weather, even for the geese, it seems.  And no end to the discussion of it. 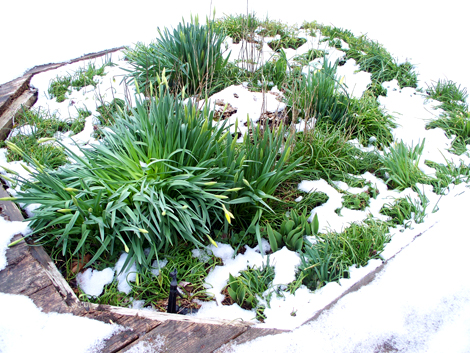 From my backdoor, I spy spring!  Even though the tree is gone, the bulbs continue to perform their magic.  A few small daffodils are starting to poke their heads up, and other small creatures are slowly coming out of hiding after the long dark months.  Spring does seems to be right around the corner. 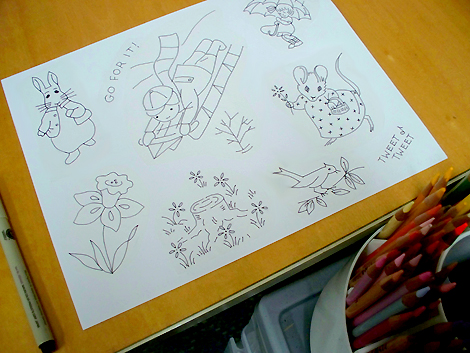 These were just some of the things that I took back to my drawing table for inspiration.